Ok, so its now month three and so far so good, I might be past the deadline for the Art Bead Scene round up but sometimes its just the taking part that is important.  I am really enjoying these challenges as a way of using colour pallettes that I wouldn't necessarily choose, and also I get to see paintings I wouldn't otherwise see.
When I first saw this painting I was imediately drawn to the totem poles and I had visions of creating some in glass.  Take a look at these beautiful polymer clay totem poles by Leah Curtis.  However, I ended up taking inspiration from the colour pallette.  I set out with making a selection of beads using a base of sky blue and grey, which I then rolled in some frit.  Unfortunately I didn't take a shot of the beads before I used them but this pic will give you an idea of how they turned out. 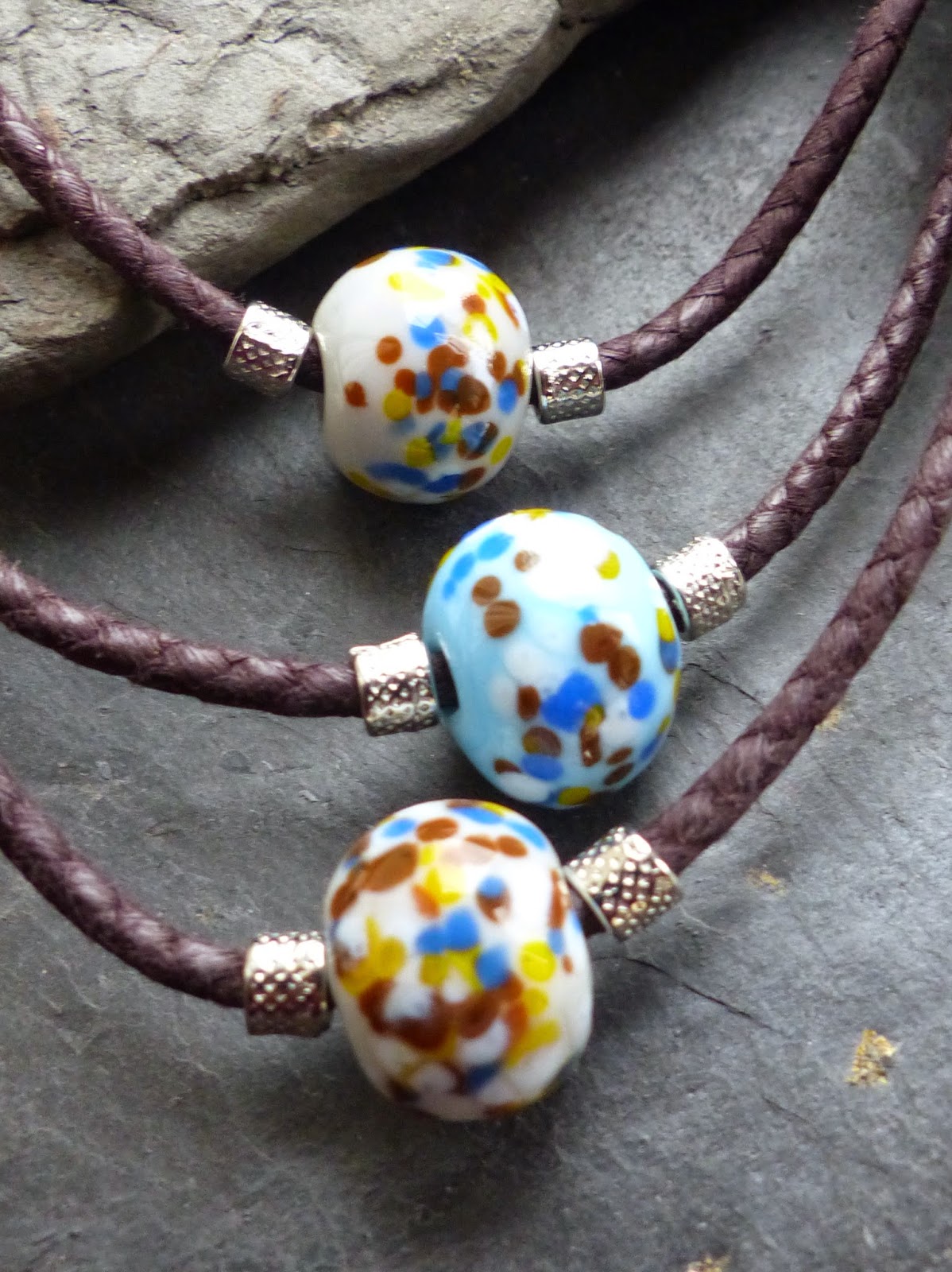 I also decided to take a little look at Lesley Watt's shop.  I bought a pair of leaves because I could imagine finding them on the floor if I were able to step into the picture, and a pendant which I thought evoked the Native American Indian theme of the painting conveyed by the totem poles.

I ended up making a pendant of stacked beads to reflect the totem pole theme using colours from the colour pallette.  I also wanted to add some fringing because when I think of indians I think of feathers and tassels, so I added some fringing to the leather cord and this is how it turned out. 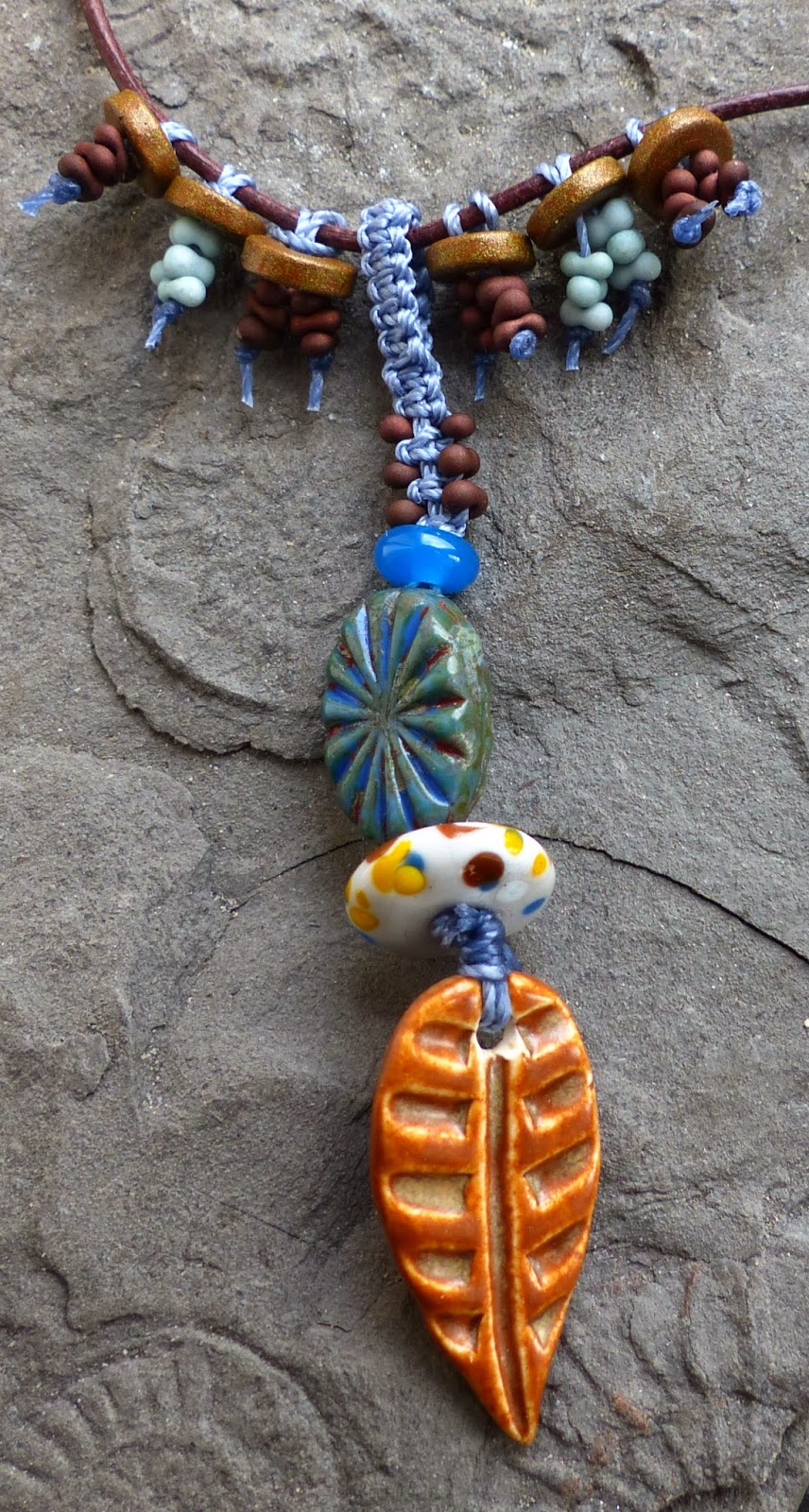 To see what others came up with take a look at the Art Bead Scene blog at the end of the month.